This is our online newsletter area, where you will find news articles, classified ads, club announcements, and other items of interest to LWA members. Instructions on how to subscribe and how to submit an article can be found on the LWA documents page.
Categories
Tags
Authors
Teams
Archives
More
More

The LWA website has a new coat of paint! 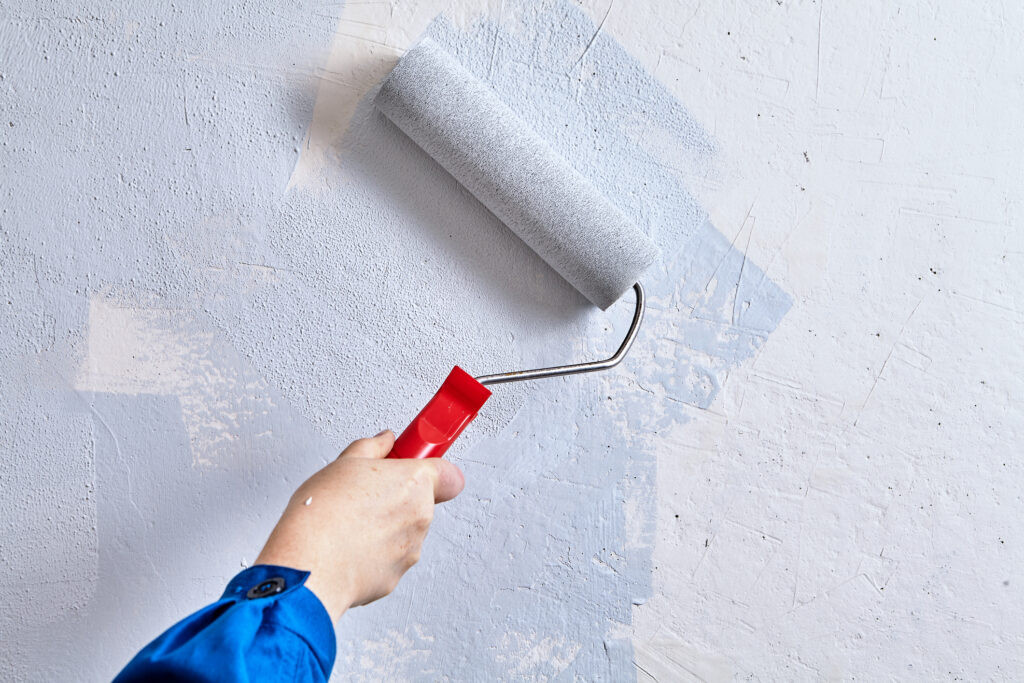 We have just updated the Content Management Software used to manage our website.  There were several components of the current website that were incompatable with the new version, including the template, which determines the appearance of content posted on the website.  So when you next visit lehighwheelmen.org, what you see will look familiar, but slightly different.  All of the normal functions should be pretty much the same.  However, if you notice anything that doesn't seem to work correctly, please contact me:  webmaster@lehighwheelmen.org .  Have a nice Thanksgiving!

It's not to late to register for the LWA Holiday Party!

Let’s meet at the Bear Creek Lodge to Celebrate the 2022 Cycling Season on Sunday, 4 December 2022!

There will be a cash bar cocktail hour starting at 6 pm. At 7 pm, a buffet dinner will be served. After dinner, we'll have a brief club meeting with 2023 Officer Elections, Awards, and lots of stories. Once again, Jack & Dick will craft a wonderful slide show of our 2022 Rides including the Donut Derby.

Just a reminder, the LWA is sponsoring a 4-day cycling adventure in the Harrisonburg, VA area from 23-26 June 2022.  This event is open to all "paid club members" and is free.  However, you will need to pay for your own transportation, food and lodging.

In the past, we have really enjoyed cycling in VA and have often had 25-30 LWA members joining in the festivities. If you are planning to join us, please register via the following Meetup Link.

Rich Ferrera has negotiated a discount hotel rate of $124/night at the Hampton Inn.  You must reserve your room by 3 June to get this rate. Otherwise, the rate will be ~$165/night.  There's also a camping option.  Please see the Meetup link.

The routes can be found at the following RidewithGPS link:

There is an exciting ride coming to the Lehigh Valley on June 4 – The Gran Fondo Hincapie – Lehigh Valley.  This is a cycling celebration set on the beautiful roads of the Lehigh Valley with the proceeds  benefiting the Youth Programs at the Velodrome.  There are several course options ranging from 15-80 miles.  The organizers are  looking for volunteers to drivie SAG support, offering minor medical and mechanical support to riders (cars will be provided.  All volunteers will be compensated with an event T-Shirt and a food and beverage pass back at the velo.

Here  is a link to the event with some additional info. https://hincapie.com/granfondo/lehigh-valley/

NOTE:  The Gran Fondo Hincapie – Lehigh Valley is a non-LWA event.  If you decide to volunteer you are doing so as an individual and not as a representative of the LWA.  The only affiliation the LWA has with this event is to pass the above information along.

A tale of two chains

Your bike chain probably isn't something you think about much except when it is time to lube or clean it.  However, a chain problem can derail a bike ride pretty quickly, leaving you miles from home unless you are prepared to deal with it.

Last summer, I was on a LWA ride when one of the other riders broke her chain.  It broke a few links away from the quick link, probably because it had been lengthened by adding some links from a second chain, but that is another story.  Fortunately, I had a multitool that included a chain breaker, so we were able to remove the damaged part, and another rider had a quick link, so we were back on our way pretty quickly.  Though I'd been riding for more than 30 years, I had never thought to carry a quick link with me, but. since that ride, I won't leave home without one.

Fast forward to a few weeks ago,  another LWA ride.  I dropped my chain to the outside of the large chainring, and somehow managed to force the chain between the crankarm and the ring, right past the metal pin that is supposed to prevent that.  The crankset is of a type that doesn't have chainring bolts that can be removed out on the road, so the only obvious solution was to take the chain apart at the quick link.  This is pretty easy if you have a chain link pliers or, in a pinch, some narrow needle nose pliers, but I was forced to remove the link with my hands, which were quickly greasy and slippery.  Fortunately, I was finally able to get it done and remove the chain, but it was not an experience I wanted to repeat.

"Virtual cycling without a smart trainer"

You may have noticed some virtual group rides posted on the LWA meetup, and thought that you are excluded because you don’t have a smart trainer.  While that would give you maximum functionality, you can still enjoy the experience of riding indoors on frigid days with a group of your fellow club members without one.  And just like on an outdoor ride, you can talk to the other riders.  Dave Sheffield has been doing this, using an old Cycleops fluid trainer.  He has a speed and cadence sensor, which sends data to his Garmin, but which can also be used to send data to a computer or tablet, as long it has the capability to connect a usb dongle .  Video of the route can be viewed on a display, tv, tablet screen or similar.

Beyond that, you will also need the Rouvy application, and a subscription to the Rouvy service, which currently costs $15 per month.  This can be suspended when the winter riding season is over.  More details can be found here .
This morning, we rode a course in Switzerland, in beautiful spring weather.  It was 23 degrees outside my house, but nice and toasty inside, and we got a good workout in about 80 minutes.  Along the route, Paul Smith commented about how much more fit he felt this past spring after participating in these virtual rides last winter.  Why not join us, and reap the same benefits?
491 Hits

The LWA apparel store is currently open, but will close at the end of the day this Sunday, December 12th.  Ordering details can be found here.

We've reached that time of the year when the days are shorter, and colder as well.  There are fewer LWA rides on the calendar as a result, but there is an alternative to grinding it out by yourself on a trainer.  The advent of "smart" trainers has greatly changed indoor riding.  Using Zwift or other similar applications, it's now possible to have an interactive workout and to see the road ahead of you, be it via real video or a simulated reality.  But the one thing still missing was the ability to ride with, and talk to your friends.  Well, here is an alternative that can get you a little closer to the real thing this winter. 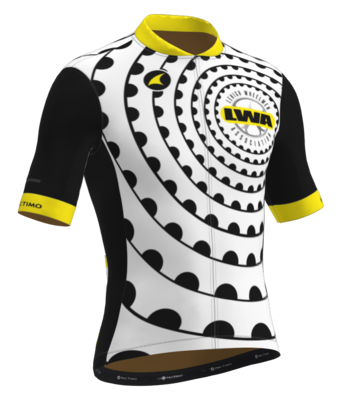 The LWA Apparel Store is open and is set to close on December 12th.  Sizing and other details follow below:

Hi,I used to train with the Wheelmen many years ago. I'm moving to Florida and would like to donate two Cycleops trainers (Cycleops and Cycleops Fluid+). Both are clear and in excellent condition.  Interested parties would need to pick them up in Bethlehem. Call 610-360-1766 if interested. Bob Wells

A LWA member is looking for a used, 56 cm road bike.  Another member has a Cannondale road bike for sale, but it is a 48 cm frame.  If you have the former, or are interested in the latter, please respond to lehighwheelmen@gmail.com, and I will put you in touch with them.

Got any bikes cluttering up your basement?

State of PA to require licenses on all bicycles

On June 1, 2021, the state of Pennsylvania will begin to enforce a new law requiring all bicycles used on public property to be licensed according to type.  Each bicycle must have a 4X6" license plate mounted behind the seat.  These plates will be color-coded according to the type of bicycle.

Check out this recent article about Community Bike Works in Bicycling Magazine:

DMD
News
Cycling friends,
Thank you so much for your contribution to the outstanding response for ho-ho-holiday gift giving.
Gift cards totaling $1625 have been received from 22 different Lehigh Wheelmen Association members and families for the Sixth Street Shelter and Turning Point Lehigh Valley.  These will be divided equally and delivered during the week of December 13, 2020.  Its sure to help a lot of needy families during this especially difficult season.
You can find more information about these organizations at         sixthstreetshelter.caclv.org and        www.turningpointlv.org
Best wishes to you and your families during this holiday season.
Jack Helffrich
766 Hits

Two letters of thanks that we recently received. 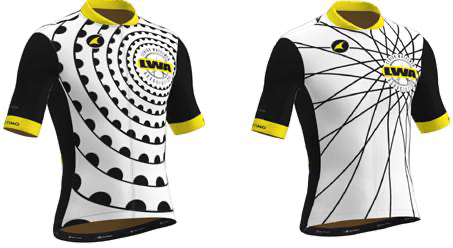